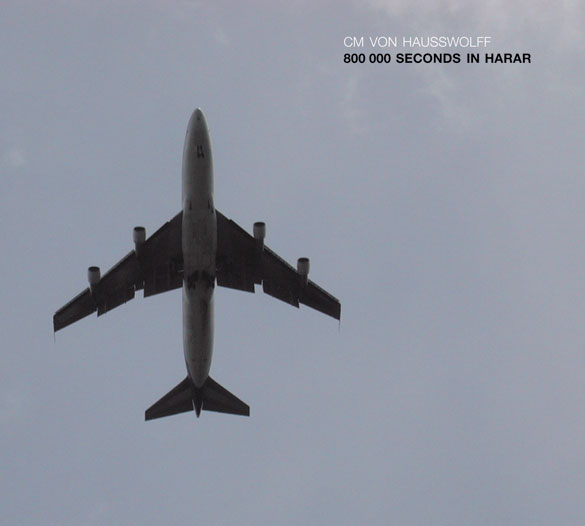 This may be the audiovisual artist Carl Michael von Hausswolff’s first solo album for Touch, but he’s been an integral part of their community for some time: indeed, he recorded with The Hafler Trio (in his Sons Of God collaborative guise) as far back as 1993. My own first encounter with von Hausswolff was in 2006, when he played after Fennesz and Philip Jeck as part of Touch’s 25th birthday celebrations, which shows you just how highly they rate his work. And quite rightly too: his performance that night was the one that I still remember most vividly. Wisps of cigarette smoke and pure sine waves curled into the night air, people lay on the floor with their eyes closed and let this succession of tones wash over their heads, like waves breaking on the shore. It was a vivid demonstration of just how powerful the most minimal of music can be at the hands of a skilled exponent of the form, marrying the scientific (the precise combinations of frequencies) to a blissful emotional resonance. That isn’t to say von Hausswolff has been inactive in the intervening periods, far from it in fact. In recent years he has created audiovisual installations around the world in cemeteries, ruined buildings and train sheds, documented his interest in Electronic Voice Phenomena (recordings which purport to contain messages from ghosts living within buildings or even electricity grids), and ruled over his conceptual Kingdoms of Elgaland-Vargaland, which comprise the border spaces between countries, and between the conscious and unconscious. These themes of travel, place, architecture, communication, death, and liminal space are all worked into the 2,437 seconds of 800 000 Seconds In Harar

The album was conceived in response to a request from theatre director Ulrich Hillebrand to compose a soundtrack to Michael Azar’s play about the life of Arthur Rimbaud entitled “Jag är en annan” (or “I is another”, the title taken from the famous lettre du voyant sent by the poet). Von Hausswolff sought and found inspiration from the last years of that life, from the 1880s and 1890s, in which the poet’s travels took him to Harar in Ethiopia, where he became a friend of Ras Makkonon, the father of the future emperor Haile Selassie, and where he settled as a trader (a trader of coffee and weapons, no less; a far cry from his middle class roots in Charleville). He spent ten days, which is indeed roughly 800,000 seconds, within the city’s walls, collecting sounds, investigating native instruments, and researching the poet’s time in that place. From these samples, sources and ideas he stitched together a soundtrack which is comprised of two long drone-based pieces, the second of which explicitly references the title of one of Rimbaud’s most famous works, his symbolist poem entitled “Le Dormeur Du Val” or “The Sleeper In the Valley”.

That piece is actually the one which is most reminiscent of the set from the aforementioned Touch show, being constructed entirely from von Hauswolff’s collection of oscillators, and demonstrating a similar kind of sonic architecture. It starts off with a 60Hz electrical hum, before this is joined by a succession of pristine, overlapping sine waves at increasingly high frequencies. This creates a three-dimensional sound space that I can happily spend some time wandering around, exploring the different levels and the intersections, noticing the changes that occur when I move around the room I’m listening to it in (the effect is lost on headphones, naturally). Under all of this appears a quiet, low-pitched buzzing which quickly reveals itself to be morse code, which would have been commonly used at the time Rimbaud was in Harar to carry radio messages. And the message being carried is actually the text of The Sleeper In The Valley itself, though it is of course highly unlikely that you’d pick out its tale of the unravelling of a soldier’s life, from an introduction “foaming with light” and warmth, through to a cold sleep which is finally revealed in the denouement to be a bloody, watery death, all couched in a language of grass, flowers, and herbs, even when the drones fade into silence to leave just the dots and dashes. It seems at first listen to be a particularly futile attempt to communicate, across great expanses of time and distance.

The other piece, “Day And Night” is in three sections, and is constructed quite differently. Instead of his oscillators, Von Hausswolff uses the sound of a krar (an Ethiopian lyre) to produce the drone, bowing at it rather than plucking or strumming, while field recordings from Harar are interspersed throughout.  It begins with the warmth of “Day”, a sonorous low note being joined by a bustle of natural activity: the chirp of crickets, the buzz of bees, the voices of Ethiopian children, the sound of plants being caressed by wind. These all vanish to leave just the stillness of the krar, and the piece takes a darker and colder turn when the “Night” section begins with a constant dripping, which is actually the sound of leaking taps in von Hausswolff’s hotel room, an initially puzzling choice of sample. The intensity edges up to dramatic levels during the closing section, which gradually layers on increasingly high bowed notes to create a jarring chord, a horrible shriek of alarm, a musical “Alas!”. Taken as a continuous whole, it seems to be a subtle musical symbolist reading of “The Sleeper In the Valley”, from life, sunshine and optimism through stillness, and the gradual, horrifying realisation of just what that dripping must represent. When this is understood, the following morse code-based track takes on a different tone altogether, as if it’s a transmission from that very particular border area, the afterlife, perhaps even a communication accidentally captured via one of von Hausswolff’s Electronic Voice Phenomena devices, a voice of the dead hidden amongst radio static. Once again, from sources of such seeming simplicity, he has created something remarkably resonant.