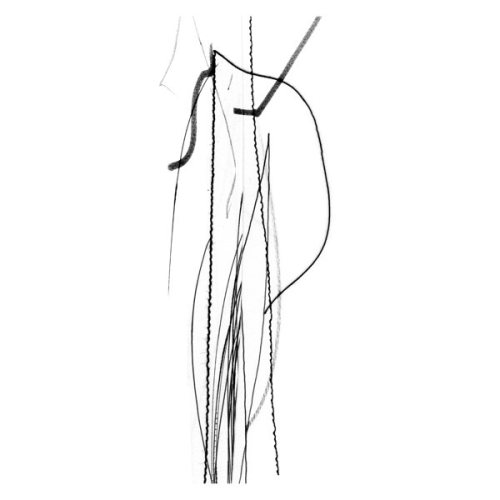 On 17 July 2011, the minimalist musicians Stephan Mathieu and David Maranha performed an acoustic concert in the tennis court at the Fundação Serralves park in Porto. Stephan Mathieu played his virginals harpsichord with electromagnets, while David Maranha used violin and shruti box. The performance lasted 29 minutes and 20 seconds. The performance centred around a drone in the key of A. In February 2012 a recording of that performance is being issued on a single-sided LP by Cronica and Serralves under the name Strings.

Of course, a musical work is more than the sum of such prosaic details, and that thirty minutes does not represent the entirety of the artistic process. Why virginals and violin? Why play in the park? Why the key of A? Clearly some thought went into such decisions, they did not happen to be in the same place in the same key by chance. There was a creative dialogue which extended back over days or weeks or months before this piece was performed; as is typical with any duo performance, by the time it came to be performed, a certain number of the parameters had actually been fixed.

In fact, had this been a laptop duo performance, many more of the parameters would have been fixed. Unlike with software, when using acoustic instruments (especially ones as old as the virginals and violin), there are clearly certain variables relating to the instrument or the instrumentalist which can’t be controlled precisely – for example on a violin, exactly how hard or fast you bow on the strings, or whether you happen to catch another string as you do so. So at times in the recording of this performance you can hear Maranha’s strings creaking and groaning, squeaking and sliding over the surface of Mathieu’s ebowed virginals, these unexpected inflections appearing like disruptions on the calm surface of a lake, as if a pebble had been tossed in from the shore.

By playing outside in a public space, as opposed to in the more tightly constrained environment of an indoor concert venue, yet more uncontrollable variables appear. After just one minute of Mathieu’s shimmering sonic heat haze, there is the unmistakeable sound of wind blowing into an unprotected microphone, a fairly typical summer sea breeze rumbling in from the Atlantic Ocean. A few minutes later, an airplane roars overhead, probably carrying tourists on their way to visit the sights of Porto’s old town, with its modern buildings rubbing up against baroque architecture. Such details could probably have been prevented from being captured in the first place, or even excised later. So why weren’t they?

There is a sense that Mathieu and Maranha are reaching back to some sort of root. The call of that A drone is as magnetic as the pull of the past, and the pull of nature. By using acoustic instruments in an outdoor setting, it is as if they are aligning themselves with the inherent unpredictability of the natural world, as opposed to the more controllable digital world; any glowing apples here are the result of sunlight dancing through orchards. The choice of the baroque virginals and violin, and the way they deploy them, takes us back from that thirty minute performance. It takes us back through the creative decisions that led up to them, and beyond. Ultimately, their strings lead us back through around 500 years of musical history, towards something timeless: the creative dialogue between man and nature.